By Nicholas Robinson, taken from FoodManufacture.co.uk

A critical skills shortage in the UK dairy industry is starting to be countered by dairy companies working together towards a common cause, according to senior HR consultant at Arla Foods Chris Edwards.

Listen to this podcast to learn more about the training Project Eden delivers. 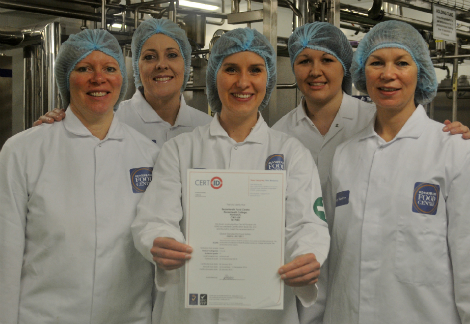 The £7million Food Centre, has been awarded a Grade A BRC, the highest possible quality mark within the food industry’s global standard for food safety.

The unique certification was approved after a robust two day audit showed that the department’s food manufacturing systems were operating under highly controlled conditions and to the highest industry standards. Areas inspected included hygiene procedures, cleanliness of the facility, food safety controls, quality systems and the traceability of food ingredients. 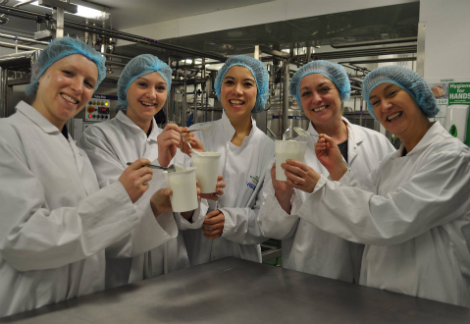 A technical and development team from Tesco’s dairy category received a practical overview of production processes during a bespoke training event at Reaseheath Food Centre.

The training event allowed the team to gain knowledge and develop practical production skills and culminated in them manufacturing a batch of yoghurt. 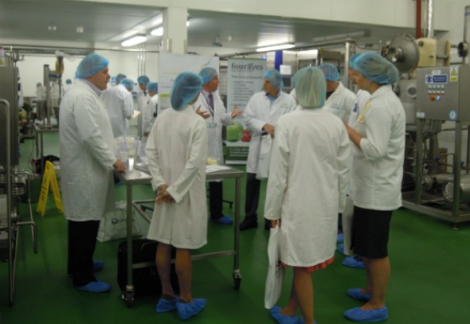 The Dairy Innovation Event, held on 29th July, was a huge success. On the day 25 exhibitors showed their latest innovations in ingredients, packaging and processes to manufacturers interested in dairy product manufacture. Each exhibitor was given 4 minutes to impress the visitors who ranged from large dairy manufacturers, convenience food producers to smaller businesses.

Katherine Tunnicliffe, Reaseheath Food Centre’s Business Development Manager, said: “We were delighted with the attendance on the day from both suppliers and manufacturers, and we were pleased to see a number of new industry links being forged”.

If you missed this recent dairy event download the report here. 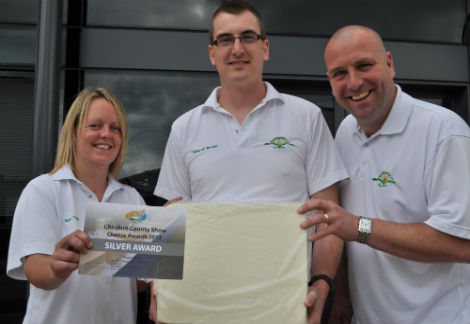 A mature Cheshire cheese made by dairy technology students at Reaseheath College in Nantwich, took a top prize at the Cheshire Show. The cheese, made from local milk, took the silver award in a section specifically for Cheshire cheeses.

The 25kg block was selected by judges above entries from some of the UK’s top cheesemakers. The students are part of a initiative called Project Eden, which has been created with the input and support of blue chip, small and medium sized dairy companies and is aimed at training the next generation of dairy technologists. The trainees, many of whom are new entrants to the industry, attend college on a block release basis and spend the rest of their time in the workplace.

The team, who made the winning cheese as part of their practical studies, were second year students Russell Brown (Muller Wiseman), Sue Twist (Arla Foods) and Steve Woods (Dairy Crest). Cheshire Show cheese judge Jack Eade, said: “The standard in the mature Cheshire cheese category was very high. The judging panel was looking for cheeses which retained the fresh citrus notes typical of Cheshire cheese but with a greater depth of flavour consistent with a mature cheese. 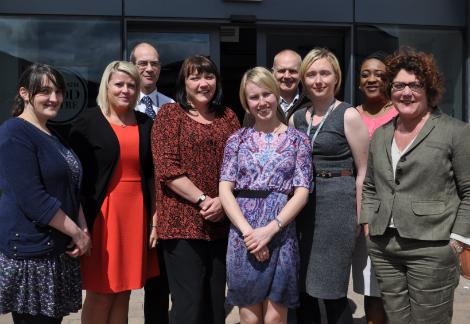 Technical experts from Marks & Spencer focused on future strategies during an Innovation Day at Reaseheath’s Food Centre. Representatives from the meat, poultry, delicatessen and fish technical departments met to set their strategic direction for the year 2013-2014.

The discussion included a possible partnership in the professional butchery course we are launching in September. The team also toured our world class factory facilities and enjoyed a lunch produced by our bakery students. 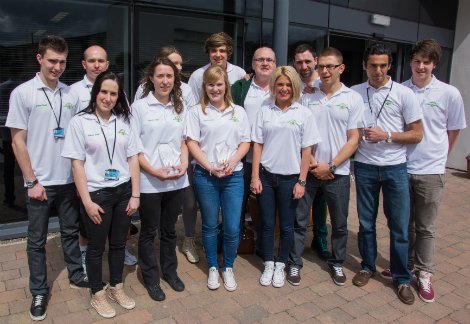 The Eden year 1 awards were made on 3rd May by Adam Brazendale of the National Skills Academy. Eden students have just completed their first year at college which they attend on a block-release basis.

The remainder of the time there are working with their respective employers in the dairy industry. Three awards were presented: Academic Student of the year (Melanie Leloup, Muller-Wiseman); Practical student of the year (Jessica Davies, Arla foods) and Eden Culture Student(s) of the year. The students all voted for each other as a group for the last reward, an indication of how well they have bonded as a group!

Explore our full range of courses…